Rutherfordton, North Carolina, is among the oldest communities in western North Carolina, having been established in 1787 as the seat of government for Rutherford County. During the early 1800s, Rutherfordton was the center of gold production within the United States and has the distinction of operating the only private gold mint ever operated in the southeastern United States. Rutherfordton’s history is reflected in the cluster of antebellum homes and historic churches in the downtown historic district, which is listed on the National Register of Historic Places.

As the county seat, Rutherfordton houses the Rutherford County Courthouse, located at 229 N. Main Street. The Rutherford County Superior Court and the Rutherford County District Court (District 29A) are both held at this location. The historic courthouse, built in 1926, is listed on the National Register of Historic Places. The classic-revival style building, which commands an entire block on the west side of Main Street, is sheathed in Indiana limestone and boasts six towering Corinthian columns featuring acanthus and lotus leaf motifs. An impressive granite monument commemorating the men and women of the Confederacy is located on the court house’s front lawn.

Residents of Rutherfordton, North Carolina, utilize the Rutherford Hospital for their health care needs. Rutherford Hospital serves all of Rutherford County. While the 145-bed facility has an emergency room capable of treating those who are severely ill or suffer from serious personal injuries, persons needing care not available in Rutherford are sent to to Mission Hospital in Asheville to the Level II Trauma Center. Mission Hospital has western North Carolina’s only designated Level II Trauma Center, serving western North Carolina residents and visitors who have suffered major injury or trauma, such as a devastating auto or truck accident.

Visitors to Rutherfordton, NC, will delight in the quaint bed and breakfast lodgings. The Carrier Houses Bed and Breakfast features two Victorian houses side by side, an unusual example of North Carolina B&Bs, and both homes are listed on the National Register of Historic Places. The Firehouse Inn, which dates to 1925, served as a City Hall, a fire station and a home for the police department. The inn is unique among North Carolina bed-and-breakfasts. Rutherfordton, NC, is an ideal destination for visitors of all ages. 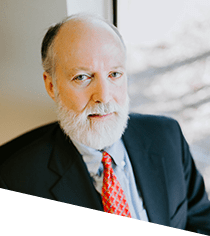